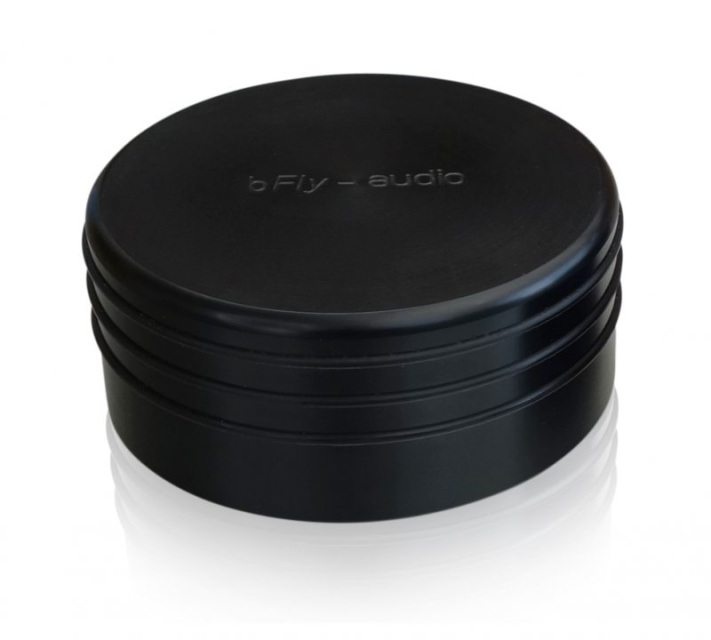 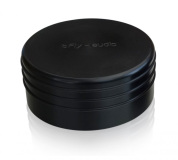 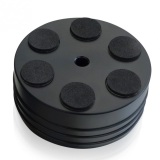 The previous generation PG1+ was awarded the Fairaudio AWARD.

The new PG1 Lightweight record weight is made from a solid billet of non-magnetic aluminium, combined with absorbers using Sorbothane®. At the base, six absorber elements are symmetrically arranged. Each of the highly effective absorber elements consists of natural rubber with high air content and a soft Sorbothane mix.

The spindle receptacle is made of POM* - widely respected for its excellent absorption properties. The relatively soft material of POM also protects the spindle of the turntable from damage.

"... After a few minutes it was clear that the PG1+ brings an audible benefit to the sound quality. Initially, the music seemed a little quieter, farther away, but at the same time more textured and clear. With increased listening, the impression that the music was quieter - evaporated. This was probably because the stylus was receiving fewer artefacts previously caused by less precise tracking. The end result is a very homogeneous, transparent and deeply staggered soundstage. The voices and instruments are better positioned - there is more 'air around the musicians.' I can only warmly recommend the PG1+."

"... I want to share my impressions of the PG1 + with you. I put one of my most familiar LP's on. I immediately noticed that the music was quieter than usual, at the same volume. My assumption is that the disk noise and drive noises are eliminated by the PG1 +. The sound has become clearer, dynamic and more spatial. Sounds that were only faintly heard before, are more audible now. The bass is slightly slimmer, yet very powerful and precise. The PG1 + is perfect for my Roksan Xerxes 20th anniversary turntable."